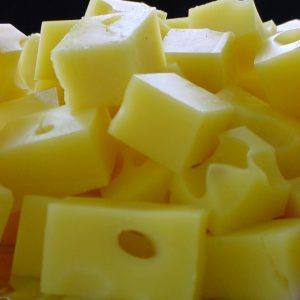 Outbreaks of the food poisoning bacteria Listeria monocytogenes have resulted in recalls for hundreds of types of cheese products.

Do I have a Cheese Recall Lawsuit? If you or a loved one was diagnosed with food poisoning or Listeria, contact our law firm immediately for a free case consultation. If you file a lawsuit, you could receive compensation for your injury, medical expenses, and more.

Why was the cheese recalled?
Who made it?
Did they have a Listeria problem?
Did anyone get food poisoning?
What are the symptoms of Listeriosis?
What are Listeria complications?

Why Was the Cheese Recalled?

On February 9, health officials in Tennessee reported that a sample of Amish Classic Colby cheese tested positive for Listeria monocytogenes, a bacteria that can cause food poisoning. The cheese was a randomly collected from a store in Trenton, TN on January 30, 2017.

The cheese was manufactured in November 2016 by Deutsch Käse Haus, LLC, an Indiana-based 3rd-party supplier to retailers like Sargento. The cheese was cut and wrapped by MDS Foods, an Ohio-based cheese distributor to delis and grocery stores.

Did They Have a Listeria Problem?

Deutsch Käse Haus received a warning letter from the FDA after inspections in September and October 2009 turned up 3 positive swabs for Listeria out of 25 swabs (12%) on surfaces inside the cheese-making facility, but not in the cheese itself. The company promised to fix the problems and the investigation closed in 2013.

Did Anyone Get Food Poisoning?

No one has reported food poisoning or Listeria infections from eating the recalled cheese. However, symptoms can take up to 70 days to appear, and not everyone has symptoms. Food poisoning is also under-reported to government officials.

What are Symptoms of Listeriosis?

What Are Listeria Complications?

Listeria infections are rare but extremely serious. Most people require hospitalization. The bacteria spreads out of the intestines to the bloodstream in 5-10% of victims, often resulting in septicemia (blood infection) or meningitis (brain inflammation). Pregnant women may not have symptoms, but infections frequently cause miscarriage or stillbirth. 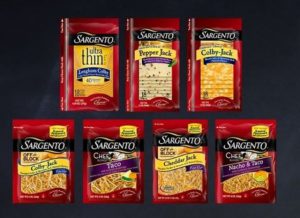 On February 10, Sargento recalled a specialty Longhorn Colby cheese due to possible Listeria contamination, plus 5 other products made on the same line at a facility in Wisconsin.

On February 17, Sargento expanded the recall to include more cheese from Deutsch Kase Hause, LLC, and cut ties with the 3rd-party supplier. The full list of recalled cheese is below.

On February 10, Meijer supermarkets recalled two store-brand Colby and Colby Jack cheeses due to possible Listeria contamination. The products were only sold at the deli counters in Meijer stores between November 10, 2016 and February 9, 2017. 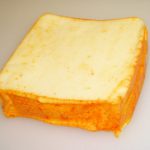 On March 3, Meijer expanded their cheese recall to include store-brand Muenster sold in “cheese islands” and pre-made ham sandwiches that expired last year due to a possible risk of cross-contamination with Listeria.

The recall includes the following products: 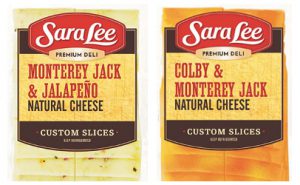 On February 11, Taylor Farms recalled 6,330 pounds of pre-made chicken salad sold at H-E-B and Safeway because they were made with Pepperjack cheese recalled by Sargento.

MDS Foods Inc. (also known as “MDS Cheese”) is a company that cuts and re-packages cheese for deli counters and the food-service industry. On February 11, MDS recalled cheese that tested positive for Listeria, as well as other products as a precaution.

On February 17, MDS Foods expanded the recall to include more cheese that was packaged in Tullahoma, Tennessee as the affected product supplied by Deutsch Kase Haus, LLC.

Cheese Recalled Due to Possible Cross-Contamination

On February 14, Guggisberg Cheese Inc. recalled various types of deli-counter Colby cheese made between September 1, 2016 and January 27, 2017. They were sold at delis in Ohio, Indiana, Michigan, Pennsylvania, Kentucky, Illinois, and West Virginia.

On February 17, a recall was issued for Guggisberg cheese sold in holiday gift boxes and large sizes for deli-counter slicing. 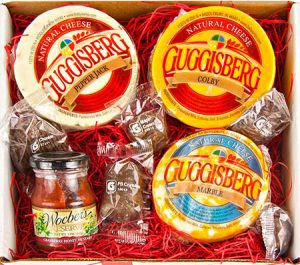 Gift boxes included in the recall: 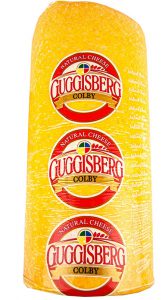 Guggisberg cheese sold in 6-lb, 15-lb, and other sizes with “Use By” dates between June 1-October 17, 2017 are also being recalled due to a risk of Listeria: 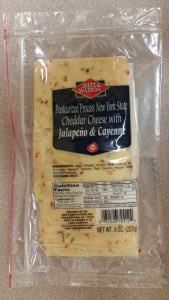 On February 16, Biery Cheese Inc. issued a recall for 8 oz. packages of pre-sliced Longhorn Colby cheese. The products were sold in Georgia, Indiana, and Pennsylvania from November 11, 2016 to January 4, 2017:

On February 16, Saputo Inc. issued a recall for two types of Gouda cheese that were sold at deli-counters at grocery stores all over the U.S. The products include: 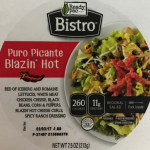 On February 22, Ready Pac Bistro recalled approximately 59,225 pounds of “Puro Picante Blazin Hot” chicken salad in 7.5-oz single-serve bowls with Use-By dates of 01/31/17 through 03/04/2017. They were made with cheese that may be contaminated with Listeria. 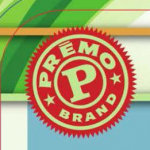 On February 24, an alert was issued for PREMO sandwich wraps that were made with cheese that may be contaminated with Listeria:

A recall was not issued because the products are past their expiration dates of February 12 and February 14, 2017. They were sold in Illinois, Indiana, Kentucky, Maryland, Michigan, Ohio, Pennsylvania, Tennessee, Wisconsin and West Virginia.

On February 24, Food City and Bashas’ supermarkets in Arizona recalled 9 types of Colby cheese due to a risk of Listeria. The cheese was sold in the deli/meat department under the store-brand label and cut in random weights for customers: 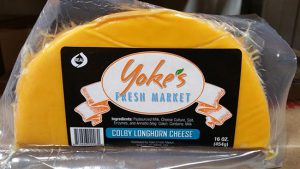 On February 28, a recall was issued for two types of Colby cheese sold under the Yoke’s Fresh Market store-brand label:

The products were packaged in 16-oz clear plastic and sold in Washington and Idaho. The cheese was produced by Guggisberg and Deutsch Kase Haus and it may be contaminated with Listeria. 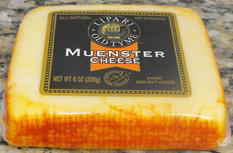 On February 28, a recall was issued for Copperwood and Lipari Old Tyme cheese products that were sold individually and in bulk sizes for slicing at deli counters. 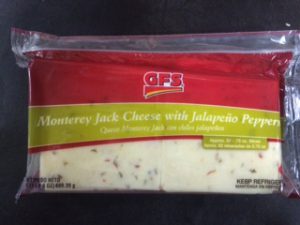 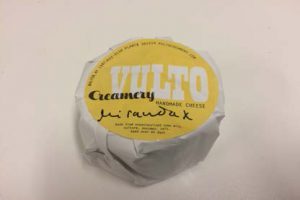 On March 13, Vulto expanded the recall to include all raw milk cheeses.

Two products tested positive for contamination with Listeria in separate lab tests by the FDA and the New York Health Department.

The same strain of Listeria was isolated from 6 people who were hospitalized with food poisoning, including a newborn baby and 2 people who died.

The expanded recall now includes the following 8 types of cheese:

The products were sold nationwide, with most distributed in the Northeastern and Mid-Atlantic States, California, Chicago, Portland (Maine), and Washington, DC. 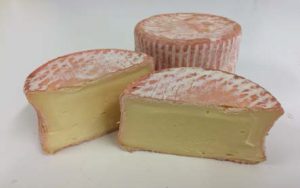 Six illnesses have been reported, including two deaths in Connecticut and Vermont.

Other types of Vulto cheese were sold at the following Whole Foods Market stores:

Do I have a Cheese Recall Lawsuit?

The Food Poisoning Litigation Group at our law firm is an experienced team of trial lawyers that focus on the representation of plaintiffs. We are handling individual litigation nationwide and currently accepting new cases in all 50 states.

Free Cheese Recall Lawsuit Evaluation: Again, if you or a loved one was diagnosed with food poisoning or Listeria, you should contact our law firm immediately. You may be entitled to compensation by filing a lawsuit, and our lawyers can help.


Attention Lawyers:  Schmidt & Clark, LLP considers a referral from another lawyer to be one of the greatest compliments. Our law firm has built a reputation for success and accepts a number of case referrals on a regular basis. We do not publish prior verdicts or settlements on our website. If you would like to refer us a case or for us to send you a profile of prior award judgments or average referral fees, please fill out the form below.